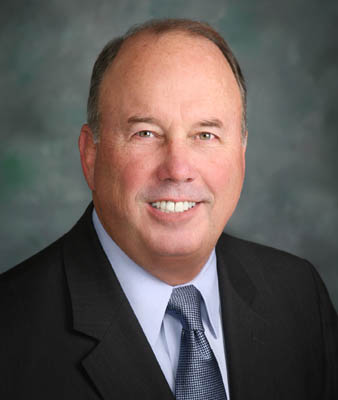 Eric “Rick” Neidlinger joined the Bluewater team in 2014, bringing a diverse experience base focused on the defense market, including research and development leading to product realization and subsequent transition to adjacent commercial markets.

Rick came direct from QinetiQ North America where over a span of eight years he held roles as Vice President Maritime and Transportation Division and Vice President of Business Development. He was responsible for oversight of a broad portfolio of research and development programs and transition to production in both the defense and commercial markets, and was responsible for strategy, financial and technical execution and business growth.

Leveraging extensive Navy operational and acquisition experience, Rick is expert at matching a company’s capabilities with defense requirements and programs, often in synergies that were not initially apparent. Rick is an experienced combat and experimental test pilot and held several commands, including commanding officer of the aircraft carrier USS Enterprise. He was also assigned to the Defense Advanced Research Program Agency (DARPA) as a program manager, and as Deputy Program Executive Officer for Aircraft Carriers (PEO Carriers).

Rick is well versed in the mission and organization of key R&D funding sources such as DARPA and the Office of Naval Research (ONR), and acquisition organizations including the Naval Sea Systems Command and Naval Air Systems Command. He has personally developed technical concepts as well as leading business capture teams for both DARPA and ONR.

Rick is a graduate of the U. S. Air Force Test Pilot School, the Naval Nuclear Power training pipeline, and a distinguished graduate of the Naval War College with an M.A. in National Security Strategy and Decision Making. He also performed graduate level work in Aeronautical and Nuclear Engineering and holds a B.S. in Physics from the U.S. Naval Academy. He is a member of the Society of Experimental Test Pilots, Sigma Pi Sigma and numerous other professional and industry organizations.